Congratulations on your engagement and thanks for looking at my blog! 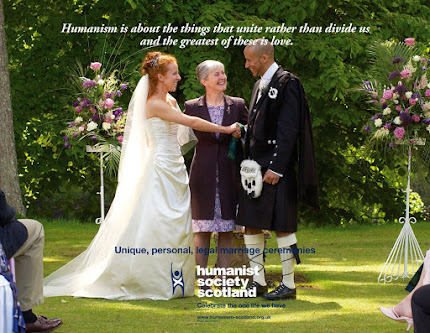 How to use this blog

This blog is structured as a series of questions and under each posting, I've provided what I hope will be helpful advice for you in planning your humanist wedding. All of the posts are on one page, but each one has been condensed in size, so to read the full details, just click on the post title or 'read more'. When you get to the end of the post, just click on 'home' to get back to the full page of posts or 'older post' to move on to the next post. If you're interested in a particular subject, you can also click on the list to the right or you can do your own search by using the box below.
I've started with a wee video, so happy viewing, happy reading and happy wedding planning!

We like the idea of using a quaich in our ceremony - how can we do this? 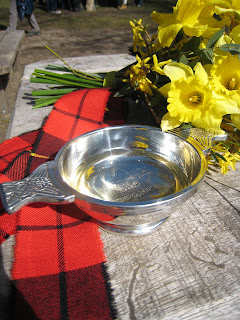 The quaich is a traditional Scottish two handled drinking cup. The word quaich comes from the Gaelic word 'cuach' or cup. They can be made of wood, pottery, silver or pewter and come in a range of sizes.

The quaich is often referred to as 'the loving cup' or cup of welcome or friendship and its two handles make it ideal for sharing. 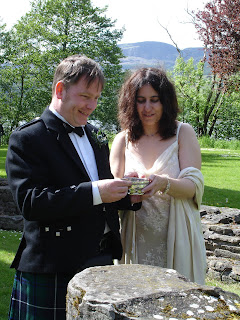 It is unique to Scotland and part of the tradition of Celtic hospitality was that of welcoming guests with a drink from a quaich. Sharing a cup was also seen as a sign of trust between the people drinking from it - because it is offered and taken with both hands, the drinker could not hold a weapon at the same time and the sharing of the drink was also a guarantee that it hadn't been poisoned!

King James VI of Scotland presented a quaich to Anne of Denmark on the occasion of their marriage in 1589 and since then quaichs have often been used in wedding ceremonies. Drinking from the same cup is a lovely symbol of the love and trust between the couple. Because it is traditionally 'the cup of welcome', drinking from it can also be seen as a way of welcoming the bride and groom into each others' family too.

There are lots of ideas for incorporating a quaich into your ceremony: (David didn't spill any down Claire's dress by the way!) 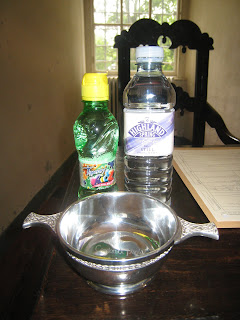 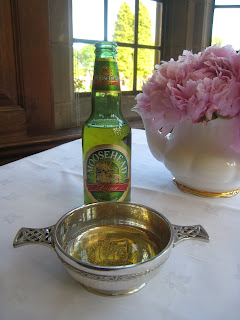 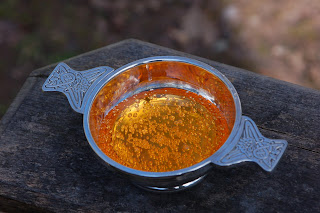 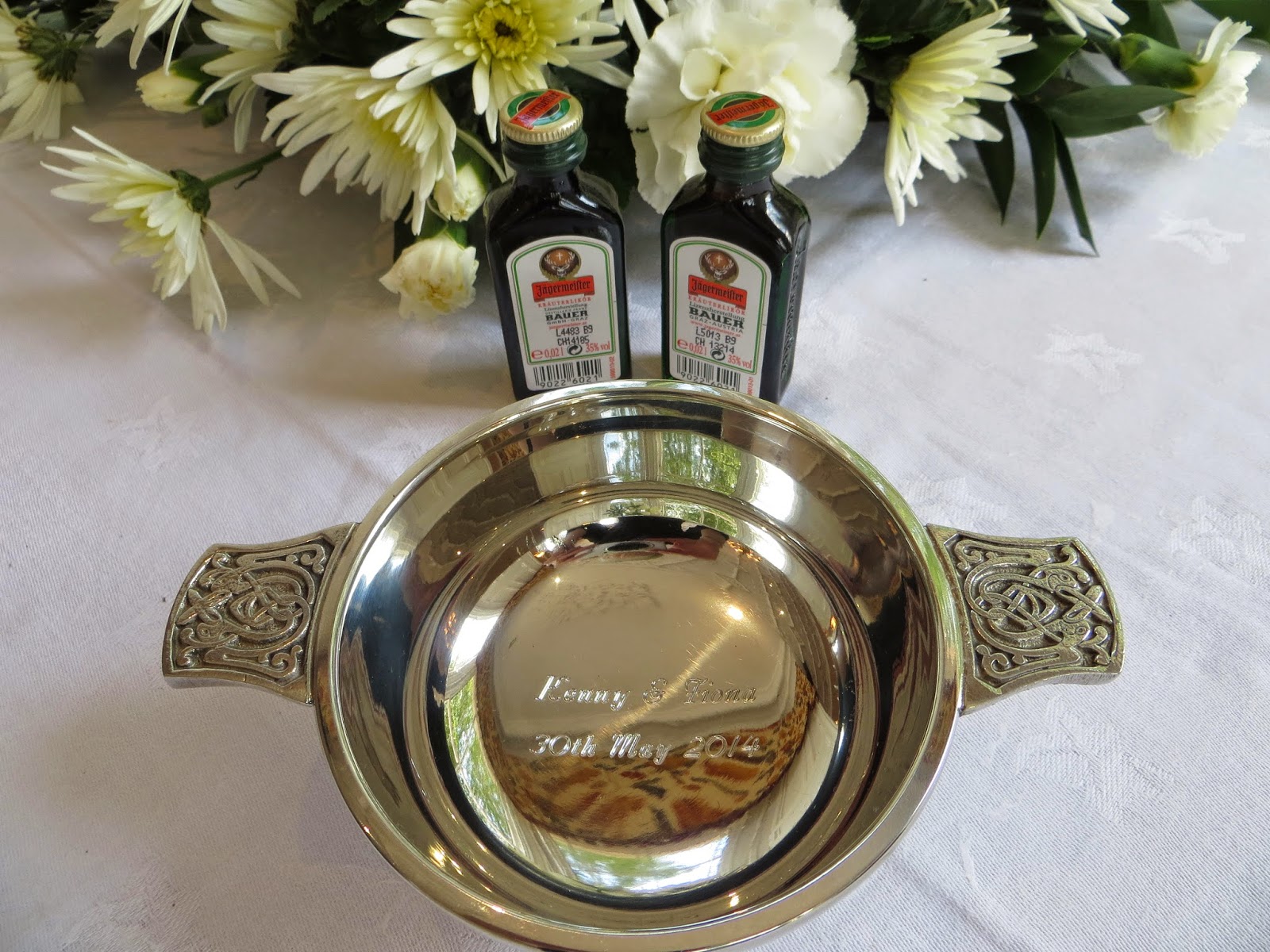 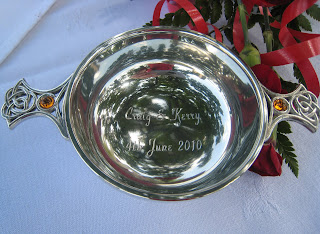 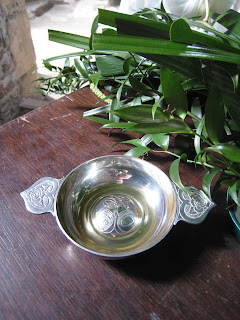 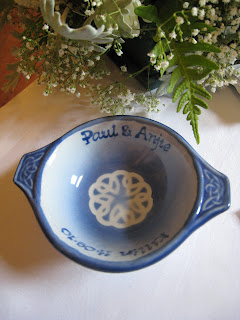 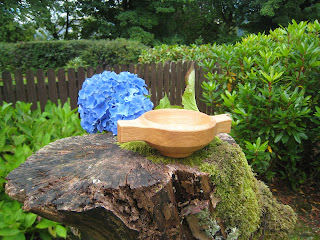 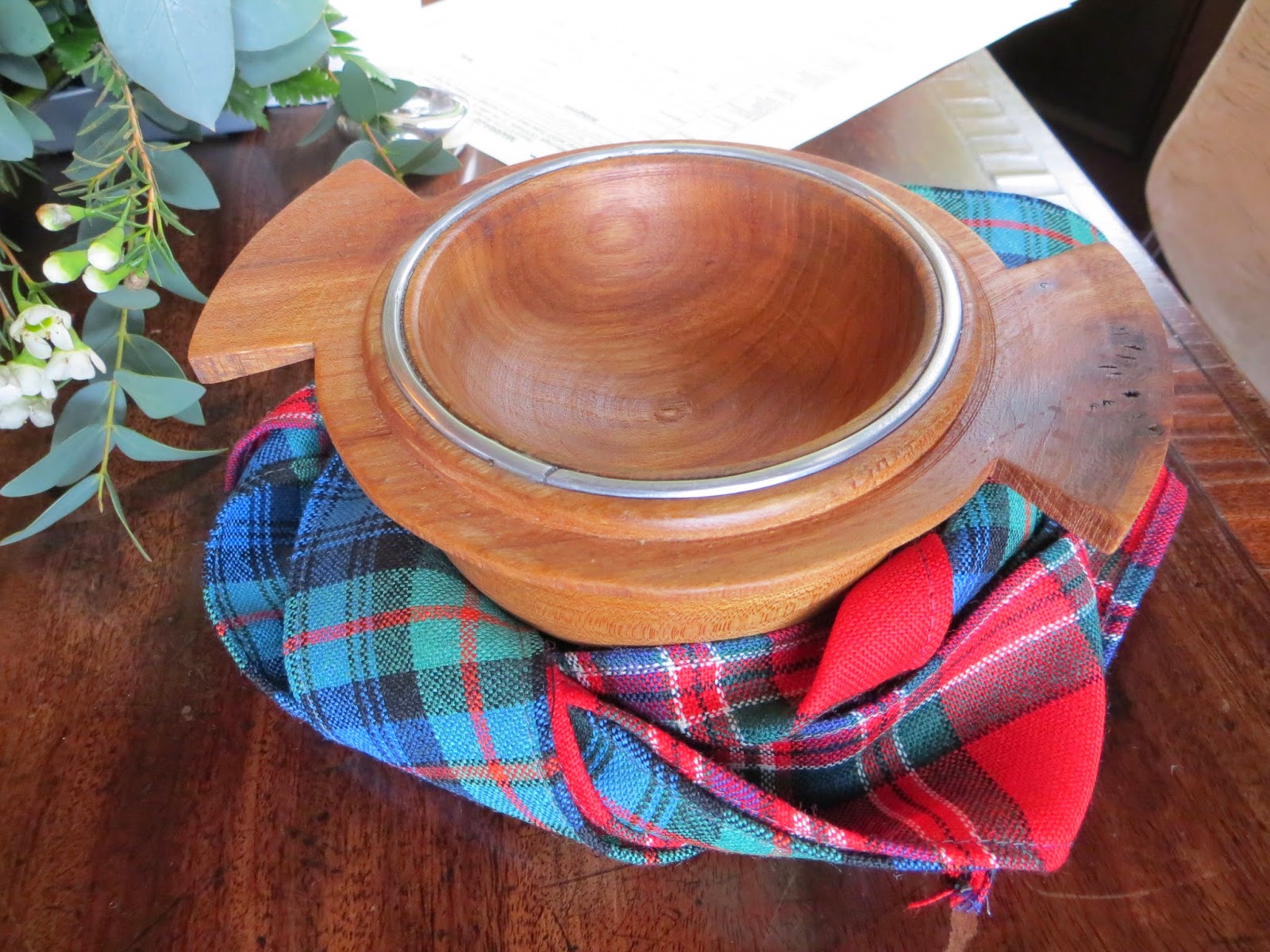 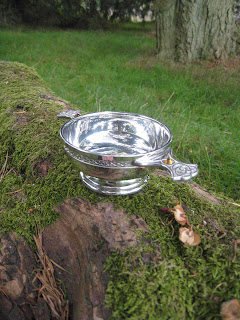 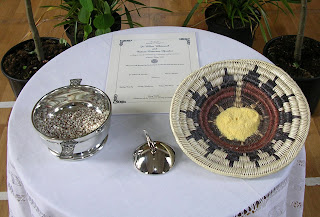 Hi Mary, It was a pleasure to meet you last weekend in Cortachy for the Wedding of Stephan and Sheena. I've put a few of the shots on my blog at www.amforbes.com

Hello Mary - I was looking to incorporate the quaich into the celebrations when my son Oliver marries his girlfriend Nikii and your site popped up! Lovely surprise. Thank you for everything you say about the quaich and hints at how to use it at the wedding.
Regards
Lynnzie

would say, go for the Quaich ceremony every time...suck a nice addition. I try to encourage couples to do the Piper's toast too. Wedding Piper Loch lomond

Mary Wallace
Doune, near Stirling, Central Scotland
I've been conducting non-religious ceremonies for the Humanist Society Scotland since 1999 and I consider myself really lucky because I think I've got the best job in the world! I'm based near Stirling and am happy to travel throughout the central belt to conduct weddings, but unfortunately I'm not able to go further afield at the moment. If you'd like a chat with me about your wedding plans, you can contact me by phone on 01786 842239 or 07968 666432 or by email: mary.wallace@humanism.scot or on Facebook or through the Humanist Society Scotland website. For more general information about Humanism, go to the Humanist Society of Scotland website or to our Facebook page (profile pic by Martin Weir)

Here's a list of all of my blog titles: